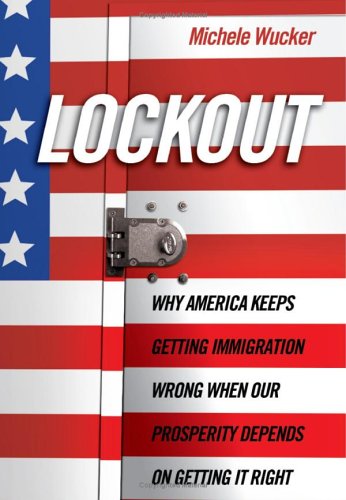 Lockout: Why America Keeps Getting Immigration Wrong When Our Prosperity Depends on Getting It Right

Wucker makes an impassioned case for immigration as an almost unalloyed boon. She pays homage to America as the land of freedom and opportunity—while surveying its many failures to safeguard these blessings for immigrants—but her main argument is economic. Bringing in "the world's best and brightest" is critical to the economy, she contends, providing the high-skilled workers—scientists, engineers, doctors, nurses—and links to foreign markets that America needs to grow and maintain its global competitiveness. Wucker's business-oriented perspective is cogent if one-sided, and sometimes unconvincing; she considers the restrictive immigration regimen from the 1920s through the 1960s a disaster, for example, but after the Great Depression, much of this era was a golden age for the American economy. Wucker ( ) floats a grab bag of mainly useful reforms, from rationalizing policies implemented to prevent terrorism to opening legitimate channels for immigrants to come here and work legally while cracking down on businesses that employ and exploit the undocumented. But her emphasis on the immigrant as cosmopolitan technology whiz and avatar of global competitiveness doesn't quite address, and may inflame, the gnawing economic insecurities behind American isolationism.