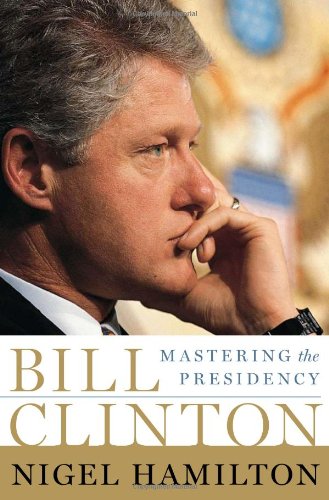 This second volume of the author's biography casts Clinton's first term as a Miltonian epic of fall and redemption. The years 1993–1994, culminating in the Democrats' loss of Congress in midterm elections, are “Paradise Lost”: a disastrous failure caused by a weak White House chief of staff (Mack McLarty), Clinton's own promiscuous openness to ideas and indecisiveness and, most of all, “co-president” Hillary's baleful influence. 1995–1996 are “Paradise Regained”: a new chief of staff (Leon Panetta) restores order, Hillary learns her place and Clinton grows a spine, comforts the nation after the Oklahoma City bombing, humiliates Newt Gingrich and wins reelection. (Alas, enter Monica Lewinsky, “a luscious fruit in the Garden of Eden, eager to be plucked.”) Hamilton styles this arc, with many military metaphors, as a study of Clinton's maturing capacity for “command” as he grows from “arch-baby boomer” to “undisputed leader of his country.” Unfortunately, this focus on character often overshadows the substance of policy (the treatment of Hillary's byzantine health-care plan is especially sketchy) and is not entirely convincing, since the early, feckless Clinton seems to have accomplished more than the “determinedly presidential” later Clinton, with his third way politics of triangulation. At the celebratory end of Hamilton's account, Clinton's comeback is a merely personal triumph, devoid of political significance.