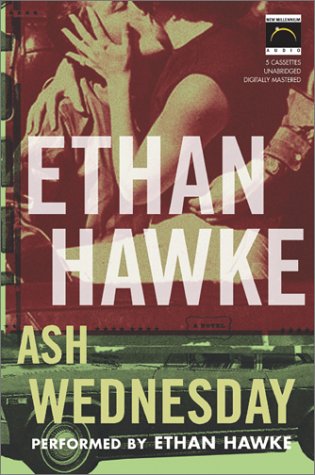 Hawke's protagonist, Jimmy Heartsick, is a bit like Holden Caulfield, except he sports a mustache ("Most guys with mustaches look like fags, but I don't. I touch mine too much, though. I touch it all the time"), drives a '69 Chevy Nova ("I took the muffle out so it sounds like a Harley. People love it") and is an AWOL soldier from Albany, N.Y. Jimmy can be a jerk, but he knows it. He's immature, idealistic, intelligent, honest and painfully self-examining, and is trying to wrap his head around the fact that his girlfriend, Christy, is pregnant with his child. The plot revolves around Jimmy's decision and tumultuous journey to follow Christy home to Texas. Any listeners wondering about the actor's second foray into the world of novel writing (his first, , got mixed reviews) will be pleasantly surprised by the spirited fullness of this tale of love, passion, disillusionment and self-discovery. Hawke's acting prowess is a great asset to his reading of the book. He delivers the book's dual first person narration, which alternates with each chapter, as if it were his own life story, with palpable immediacy and emotion. The result resonates with integrity and soul.