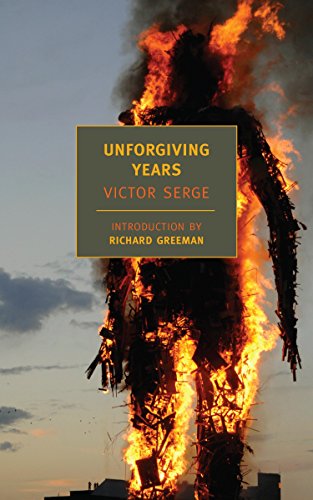 Born in Brussels of Russian revolutionary exiles, Serge (1890–1947) has long had a reputation as polemicist and journalist, but this powerful novel of the descent into WWII makes a strong case for his political fiction. In the pressured atmosphere just preceding the outbreak of war, a secret agent, D., breaks with the “Organization”—Stalin's spy network—and escapes from Paris with his lover, Nadine. With extreme paranoia that he cloaks in exquisite manners, D. tells only one person where they are going: an old comrade named Daria. In the next, flash-forward section, Daria, having been arrested, is released from exile in a Soviet backwater and thrust into the siege of Leningrad. The third section opens in 1945 Berlin, where Daria witnesses a host of Germans, injured and half crazy, try to survive aerial bombardment—a moment that, as W.G. Sebald noted, has been deeply underserved by literature. In the final section, Daria escapes Europe and follows D. and Nadine to Mexico, escaping (she thinks) the long reach of Stalin's agents. Serge remains sophisticated even during the book's more noirish moments, and action sequences form an inseparable part of his hypnotic, prophetic vision.