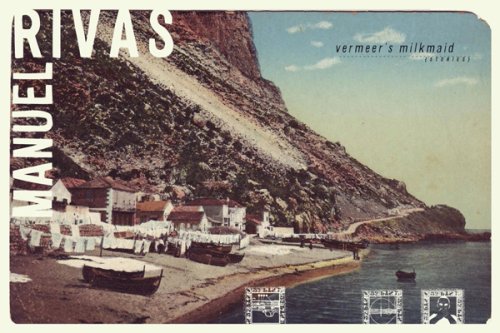 Vermeer's Milkmaid and Other Stories

With simple grace, 16 stories by Galician-born journalist and author Rivas ( ) transport readers to rural Galicia, in northwest Spain. The 15-year-old carpenter's son of “Saxophone in the Mist” picks up the instrument to please his father. Pressed into an itinerant band, he quickly learns, despite his feelings of inadequacy, that playing for people, and especially an adoring local girl, is like falling in love. “Butterfly's Tongue” (made into a 1999 film), begins as a young boy's loving reflection of his enlightened first teacher, who taught him things his provincial parents couldn't comprehend, then dilates into a harrowing betrayal with the outbreak of the Spanish Civil War. The title story unspools the narrator's poignant memory of his milkmaid mother, whom he recognizes much later in a figure in a Vermeer painting, “as alike as two drops of milk.” Published in Spain in 1995, these evocative tales retain a lyrical freshness.