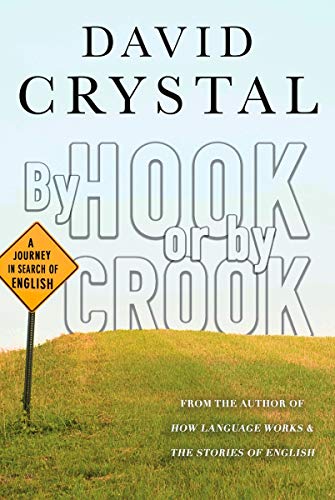 By Hook or by Crook: A Journey in Search of English

Linguist Crystal ( ) elucidates the “serendipitous nature of language study” as he meanders from Wales to San Francisco by way of England and Poland, taking every opportunity for linguistic exploration. A somewhat rambling travelogue is paired with Crystal’s idiosyncratic thought processes, and the book is full of descriptive anecdotes culminating in linguistic intrigue. Often something simple such as an impromptu “Good morning” from a Welsh shepherd is the trigger, in this case prompting the history of the shepherd’s “crook” of the book’s title. Crystal searches for—and finds—surprising topics in the lush cultures surrounding him, including the etymology of the name of a Welsh town which contains 58 letters (it’s Llanfairpwll for short), causing him to speculate on why words containing “consonants like m, n, l, and r” are considered “the most beautiful,” to discuss the “linguistic processes of a wordplayer” and to conclude with a version of in which every word begins with “h.” In a conversational style that includes plenty of quirky facts, Crystal captures the “exploratory, seductive, teasing, quirky, tantalizing nature of language study,” and in doing so illuminates the fascinating world of words in which we live.