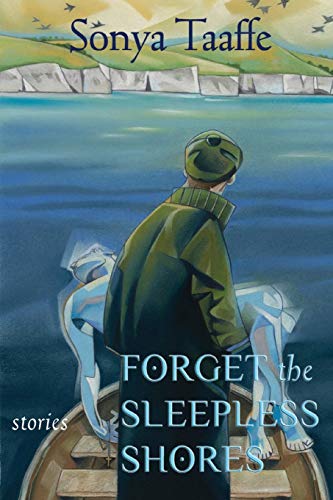 The magical realism of poet and fantasist Taaffe’s luscious, melancholy, and literary second collection of stories (after 2005’s Singing Innocence and Experience) drowns the reader in watery imagery and complex sensory landscapes while exploring the theme of mundane relationships transformed by the intrusion of the mystical and uncanny. In the heartbreaking “Chez Vous Soon,” a woman devastated by her failure to keep her friend from fatally succumbing to insanity and artistic obsession encounters his embodied muse. “The Dybbuk in Love” leans heavily into nostalgia and Jewish heritage as a century-old ghost disturbingly inhabits the minds of a suburban woman’s partners to entreat her to accept him as her beloved. “All Our Salt-Bottled Hearts” gracefully takes on the logical legacy of the Lovecraftian mythos with a deep empathy for those called to the sea but still connected to the human world. Though most of Taaffe’s stories hit their unsettling emotional mark when encountered individually, her style falls into common patterns and her prose into lulling rhythms, so that readers who indulge in the entire collection at once may lose subtle distinctions and find themselves overwhelmed by a uniform sad strangeness. (Aug.)

Correction: An earlier version of this review misstated the nature of the relationship between two characters in the story "Chez Vous Soon."