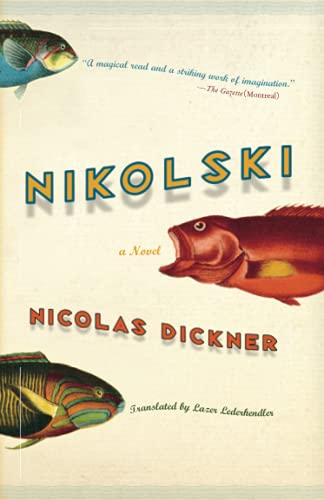 Dickner’s first novel is an odd tale of missed connections, restlessness and the search for home that follows three quirky Montrealites. One story line follows a nameless narrator who works in a second-hand Montreal bookshop and reveres an inexpensive compass sent to him when he was a child by his absent father. Meanwhile, Noah, who grew up in the care of a transient single mother, arrives in Montreal to study archeology and rents a room from the owner of a fish shop. Then there’s Joyce, a young woman from a family that claims pirate origins, who washes up in Montreal, finds work in the fish shop and begins her own version of living the family legend. The characters’ lives brush up against one another (largely thanks to a book about pirates that, through various personal connections, ends up as the lightly binding force of the three characters’ fates) but—in a nice subversion of the “intersecting fates” arc—don’t loudly collide. Dickner’s three spiritual nomads are strangely fascinating, while Lederhendler’s smooth translation makes this offbeat novel all the more attractive.