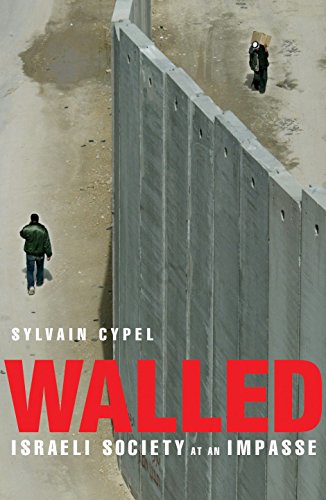 Walled: Israeli Society at an Impasse

This scathing indictment probes Israel's soul as much as the substance of its treatment of the Palestinians. Cypel, a editor and a Jew who lived in Israel for many years, revisits crucial episodes in the Arab-Israeli conflict, from the expulsion of Palestinians during the 1948 War of Independence to the controversial 2000 Camp David negotiations whose failure led to the current intifada. Citing Israeli scholars, Cypel debunks the standard Israeli accounts and pillories what he contends is Israel's systematic repression of Palestinians in the occupied territories. From this somewhat haphazard critique (the book presupposes extensive knowledge of Israeli history and politics), he explores the ideology and mentality behind Israeli policies toward the Palestinians. His diagnosis is dire: a deep-seated "denial of reality" marked by anti-Arab racism, an irrational sense of victimization and an obsession with military security at the expense of political compromise, leading to a pervasive "brutalization" of society; "as [Israel] goes from victory to victory, the country is being morally destroyed." (Cypel takes some swipes at the Palestinians, but clearly feels that Israel bears more responsibility for the impasse.) Cypel's book can be heavy going—contentious, rambling, repetitive and full of dense psychologizing. Still, his is an impassioned, often perceptive challenge to the Israeli consensus.