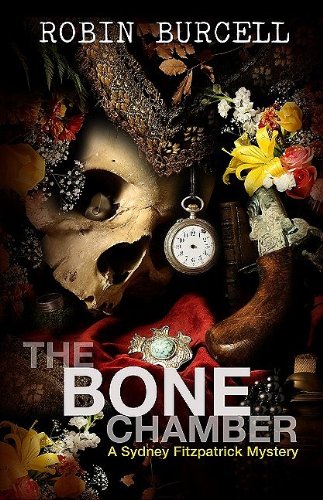 Burcell's second novel to feature FBI forensic artist Sydney Fitzpatrick (after 2008's ) offers plenty of action, if not the freshest ideas. After Fitzpatrick helps identify the faceless corpse of a young woman as the daughter of the U.S. ambassador to the Holy See, Fitzpatrick decides to follow mysterious, predictably gruff covert government agent Zach Griffin to Rome. There they search for a “third key,” alluded to by a forensic anthropologist friend and colleague recently killed in a hit-and-run accident. Fitzpatrick and Griffin believe the key will lead them to a map, buried in the crypts of Rome or Naples, that may be connected to bioterrorism and a very bad guy named Carlo Adami. All this excitement takes them through standard variations on the Freemason conspiracy theory and a good deal of underground scrambling, Indiana Jones–style. It's all fun, if somewhat clichéd, and a little burdened by Fitzpatrick's many moments of brooding and indecision.