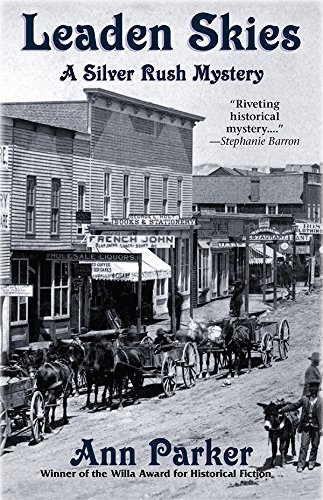 The July 1880 visit of former president Ulysses S. Grant to the mining community of Leadville, Colo., sparks Parker's third mystery (after 2006's ), a twisty tale of murder and ambition. Saloon co-owner Inez Stannert is preoccupied with divorcing her missing husband, her affair with the local minister and her secret business partnership with the local madam when one of the madam's prostitutes is first attacked and later killed. Eager to protect her investment, Inez begins to look into the case, confronting mine owners with personal agendas; local politicians; zealous journalists; a mapmaker with a past; a determined mother with aspirations for her wastrel son; a prostitute with family obligations and hopes for a better life; and a ruthless city tax collector, appropriately nicknamed the Hatchet. Parker is proficient in showing the crossroads between civilization and the frontier, including emerging new roles for women. A cliffhanger ending sets a promising stage for the next installment.