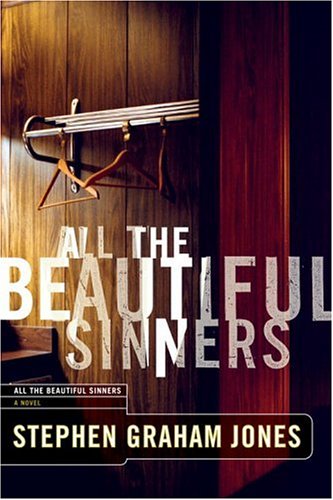 ALL THE BEAUTIFUL SINNERS

This second novel by Jones () follows Texas Deputy Sheriff Jim Doe in his chase after the Tin Man, a sociopath who has been abducting Indian children in the heartland for a decade. Jones, who is a member of the Blackfeet Nation, infuses this cleverly plotted detective story with Indian lore: the Tin Man enters Indian homes during tornadoes, always kidnapping a pair of children—a brother and sister—bringing to life an old Indian belief that storms sometimes take a malicious human form. As he tracks the Tin Man along dusty Texas highways and small towns across the country, Doe, who is also Indian, must face his own troubled family history, which includes a mother who abandoned his family and a sister who has been missing for nearly 20 years. The book masterfully plays with the serial killer genre, walking a line between convention and invention and delving into the psychology of both killer and detective. The plot is chilling in itself, but Jones's brisk, clean, visceral prose gives the novel its edgy suspense. Even a brief description of a mundane waiting room, for example, becomes unnerving when Jones describes the protagonists having "left the waiting room chairs at odd angles, the television looking down on them at a severe angle. The coins in Jim Doe's pants jingled as they walked. The hall was seventeen years long."