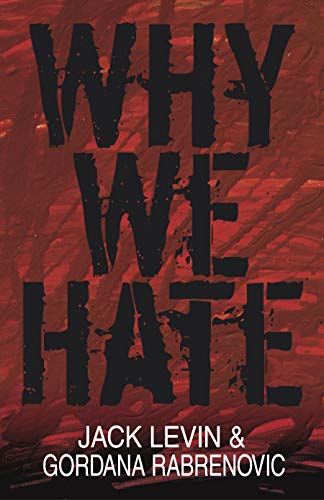 The title of this book lacks a question mark, but it needs one, because sociology professors Levin ( , etc.) and Rabrenovic ( ) ask far more questions in this hollow book than they answer. The project they have outlined, one made more immediate after September 11, is to understand hatred—and how that hatred so often leads to violence. Unfortunately, the project becomes mired in analytical quicksand. The problem is one of approach, and the authors include far too many isolated incidents and long-standing geopolitical disputes to offer a cohesive argument about, or prescriptions for, the admittedly complex nature of hatred. Rather than careening from instance to instance to diagnose the apparent pandemic of hatred (in the space of two pages, the authors move from Nazi Germany to violence against females in Uzbekistan and the anti-Semitic graffiti of disaffected youth), Levin and Rabrenovic would have done better to use fewer examples and offer more analysis to yield more valuable conclusions. Instead, they dance around the role in hatred of fear, revenge, evolutionary psychology and other factors. Also disappointing is the authors' tendency to oversimplify otherwise valid causes of hate and prescriptions for it with statements such as "[L]ike attracts like. When it comes to their peers, human beings seem almost universally to be predisposed to prefer being among people like themselves" and offer such advice as "Those who are victimized should seek help from the proper authorities, and they should act accordingly." Noble and worthy statements, but the authors' project proves unwieldy within the confines of this slim yet sadly inelegant volume.