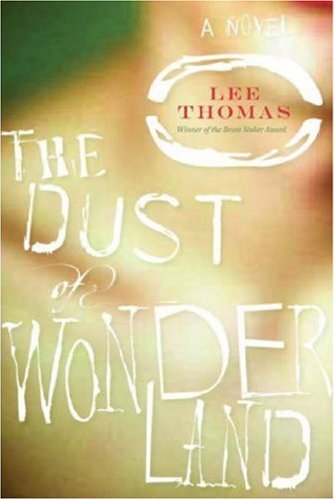 The Dust of Wonderland

Stoker-winner Thomas ( ) delivers an intermittently eloquent supernatural tale reminiscent of Peter Straub’s . Kenneth Nicholson returns to New Orleans when a late-night call from his ex-wife breaks the tragic news that their son, Bobby, is in a coma, after being bludgeoned by an unknown assailant. As he waits for encouraging medical news, Nicholson gets visions that suggest the possible return of an old evil that was responsible for several gory deaths at a gay lounge popularly referred to as Wonderland. The operator of that club, Nicholson’s lover Travis Brugier, was believed dead, but Nicholson begins to wonder if his spirit has resurfaced, possibly in the form of Bobby’s attractive girlfriend, Vicki Bach. Thomas’s writing is somewhat erratic but often quite good, offering further promise that Thomas could emerge as a leading voice of modern horror.