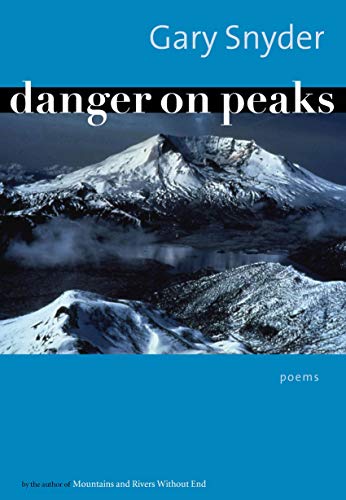 In his first gathering of new poetry since the 1996 book-length poem , Snyder seeks a kind of fraught peace, which he cannot sustain; the book begins and ends in upheaval. A mostly prose sequence recalls the recent history of Mount Saint Helens, the Washington State volcano whose eruption in 1980 has been recently (and for now, more softly) reprised. Snyder's speaker remembers climbing it decades ago and sees how flora and fauna are already returning there now: "Who wouldn't take the chance to climb a snowpeak and get the long view?" Landscape, geology, botany and ecology; the poet's Buddhist outlook and its consequences for ethics, and the small pleasures of daily existence, inform the understated, short poems making up most of the volume. Snyder excels in adapting Japanese forms, such as haibun, to American usage. Many of his short poems recall the people—friends, lovers, a daughter—for whom Snyder cares or has cared, an attractive surprise in a poet known more for his rapport with nonhuman nature. Last come five short poems prompted by world events, including the destruction of the Bamiyan Buddhas in spring 2001 and the terrorist attacks later that year: Snyder reminds us that humans are animals too, "beings, living or not," "inside or outside of time."