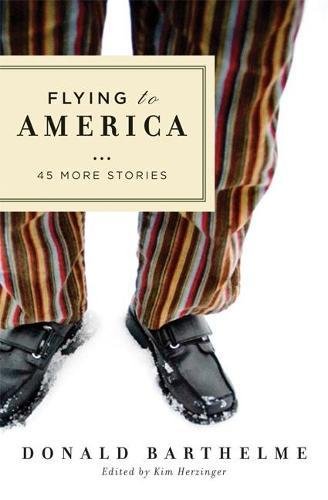 Along with Kurt Vonnegut, Barthelme (1931–1989) was one of the great 20th-century American absurdists. The 45 stories in this collection include stories Barthelme himself excluded from his two major collections, and , and little that went previously unpublished. Packed with whimsical facts, “Emma Green Is 81,” which was the lead story in Barthelme's first book, concerns the verbose narrator's testy desire that Emma continue to finance the , of which he is the editor. In “Pandemonium,” the story Barthelme was working on when he died, two unidentified voices finish each other's sentences as they lament that their staging of the Eve myth has been eclipsed by a sporting event. Barthelme registered the sexual revolution and the feminist response, both of which he treated via an ironic use of stereotypes: in “Perpetua,” a woman walks out of her marriage to a put-upon, unprepossessing, baffled man named Harold. And typical of several humorous riffs is “Marie Marie, Hold on Tight,” concerning a protest staged against the human condition outside a church. Even the lesser of Barthelme's funhouse mirrors reflect the world's tragicomic essence.