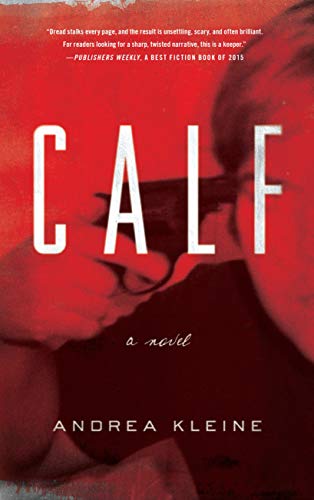 At the start of this debut novel, Kleine explains that the story was influenced by two acts of violence in Washington, D.C., in the early 1980s: John Hinckley Jr.'s attempt to assassinate Ronald Reagan, and the murder of a young girl by her socialite mother, Leslie deVeau (Hinckley and deVeau became lovers after both were found not guilty by reason of insanity and committed to the same mental institution). Kleine uses these incidents as springboards for her story, but she smartly deviates from the facts to maximize suspense. Hinckley's stand-in here is Jeffrey Hackney, a college dropout from Texas with dreams of fame. He moves to Los Angeles before heading to D.C. in hopes of attracting the attention of a young starlet. Like his real-life counterpart, Hackney suffers from delusions, manipulates his family, and becomes more and more mentally unstable. Meanwhile, 10-year-old Tammy moves from Virginia to the nation's capital with her mother, sister, stepbrother, and stepfather after her parents divorce. Though Tammy makes friends at her new school, she feels isolated, and when her friend Kirin is murdered in her sleep by her own mother, Tammy too becomes unstable and starts down a dark, dangerous path. Dread stalks every page, and the result is unsettling, scary, and often brilliant. For readers looking for a sharp, twisted narrative, this is a keeper. (Oct.)
close
Details