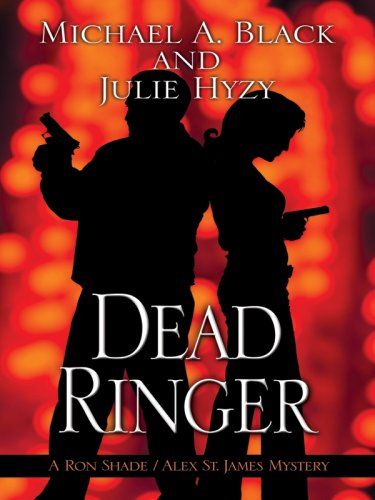 Black’s kickboxing PI, Ron Shade ( ), and Hyzy’s TV reporter/sleuth, Alex St. James ( ), both based in Chicago, blend their talents nicely in this first team effort from their creators. Shade is working for an insurance company that paid out $12 million in an accidental death case, but now has reason to believe that the insured is still alive. St. James is working on a story about the homeless that requires going underground equipped with a Taser for protection. Told in roughly alternating chapters, their assignments eventually merge as they separately, then jointly, uncover a massive case of fraud with murder a frequent byproduct. The bad guys, as deadly as they are, are pretty easy to identify, but the way the physically tough Shade and the gutsy St. James deal with them shows the protagonists to be a well-matched pair. The frisson of mutual attraction between St. James and Shade should make readers hope for future joint endeavors.