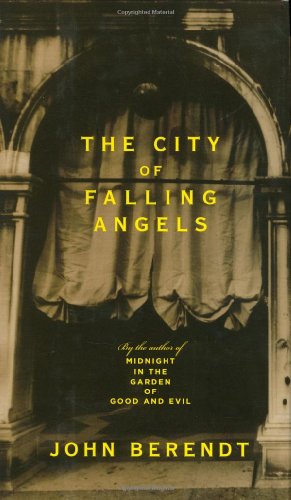 The City of Falling Angels

It's taken Berendt 10 years follow up his long-running bestseller, In lieu of Savannah, he offers us Venice, another port city full of eccentric citizens and with a long, colorful history. Like the first book, this one has a trial at the its center: Berendt moves to Venice in 1997, just three days after the city's famed Fenice opera house burns down during a restoration. The Venetian chattering classes, among whom Berendt finds a home, want to know whether it was an accident or arson. Initially, Berendt investigates, but is soon distracted by the city's charming denizens. Early on, he's warned, "Everyone in Venice is acting," which sets the stage for fascinating portraits: a master glassblower creating an homage to the fire in vases, an outspoken surrealist painter, a tenacious prosecutor and others. As the infamous Italian bureaucracy drags out the investigation, Berendt spends more time schmoozing with the expatriate community in long discussions about its role in preserving local art, culture and architecture. By the time the Fenice is rebuilt and reopens, Berendt has delivered an intriguing mosaic of modern life in Venice, which makes for first-rate travel writing, albeit one that lacks a compelling core story to keep one reading into the night.