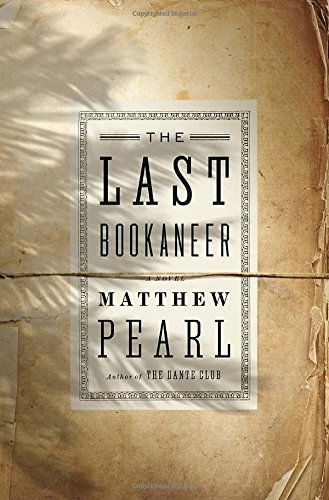 In the days before e-books, self-publishing, and fan fiction, publishing was an even riskier undertaking—or so Pearl (The Dante Club) makes an entertaining case for in his latest, ingenious literary caper. The author imagines the life of 19th-century manuscript thieves called bookaneers, who unscrupulously published others’ novels on their own, thereby depriving authors of their financial due. It is Pearl’s contention that a historical 1890s international copyright agreement would soon put an end to this illegal practice, and he imaginatively conjures up two such bookaneers, Pen Davenport and his assistant, Edgar Fergins, who embark on one last mission, traveling to Samoa to steal a dying Robert Louis Stevenson’s final manuscript, The Shovels of Newton French. Arriving at the author’s mountain compound, Davenport, in the guise of a travel writer, finds competition from a rival bookaneer named Belial, who is passing for a missionary. And so the race is on to take Stevenson’s purloined manuscript and return with it to New York before the new law goes into effect. But standing in the way of literary glory are cannibals, incarceration, German colonials, and a betrayal from beyond the grave. Pearl gives the bookaneers a lively fictitious history, including a flashback to the theft of Shelley’s Frankenstein, and populates it with a colorful cast of roguish characters, including Davenport’s former partner in crime, the lovely and enigmatic Kitten. In the end, this book is a loving testament to the enduring power of paper books. (May)
close
Details