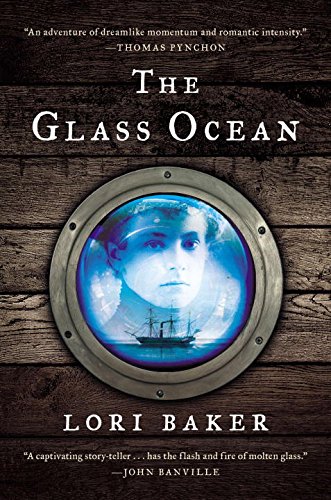 Baker’s first novel (after two story collections, including Crash and Tell) conjures the strange Victorian world, both lush and barren, of 18-year-old orphan Carlotta Dell’Oro. Over six feet tall, fiery-haired, and filled with longing for the parents who were distant and full of mystery even when alive, Carlotta imagines the story of their lives and her own existence. Two decades before, when young Leo Dell’Oro sails as ship’s artist with acclaimed naturalist Felix Girard on his expedition to the New World, Felix’s gorgeous, clever daughter, Clotilde, teases the awkward Leo and captures his heart. When Felix disappears in a small boat, Clotilde goes with Leo to England, where she pines for her father, convinced he is alive, and where Leo becomes fascinated with glassmaking. Meanwhile, his new master, Thomas Argument, visits Clotilde daily, offering precious gifts and adoration that Leo can’t express. Thomas drops Clotilde, however, when it becomes clear that she’s pregnant, and Leo switches allegiances, joining Argument’s competitor. Carlotta imagines her own development as “a battle between my mother and me,” and feels sympathy for her mother having to give birth to a “cruel-eyed monster” such as Carlotta. When Carlotta arrives, she hovers in the corners of her parents’ attention, forgotten among the poorly preserved creatures in Felix’s dusty collection, until her parents’ obsessions soon draw them away, leaving her behind. Baker’s unforgettable tale is rich with nuance, buried passions, and Victorian oddities, offering passage into an extraordinary world. Agent: Melanie Jackson, Melanie Jackson Agency. (Aug. 5)
close
Details