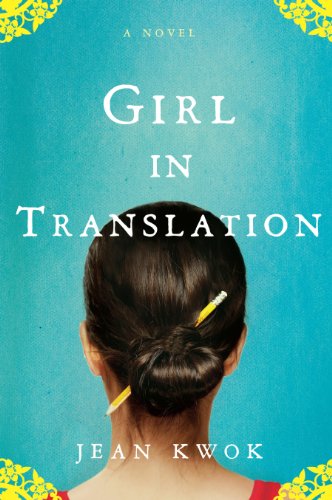 A resolute yet naïve Chinese girl confronts poverty and culture shock with equal zeal when she and her mother immigrate to Brooklyn in Kwok's affecting coming-of-age debut. Ah-Kim Chang, or Kimberly as she is known in the U.S., had been a promising student in Hong Kong when her father died. Now she and her mother are indebted to Kimberly's Aunt Paula, who funded their trip from Hong Kong, so they dutifully work for her in a Chinatown clothing factory where they earn barely enough to keep them alive. Despite this, and living in a condemned apartment that is without heat and full of roaches, Kimberly excels at school, perfects her English, and is eventually admitted to an elite, private high school. An obvious outsider, without money for new clothes or undergarments, she deals with added social pressures, only to be comforted by an understanding best friend, Annette, who lends her makeup and hands out American advice. A love interest at the factory leads to a surprising plot line, but it is the portrayal of Kimberly's relationship with her mother that makes this more than just another immigrant story.