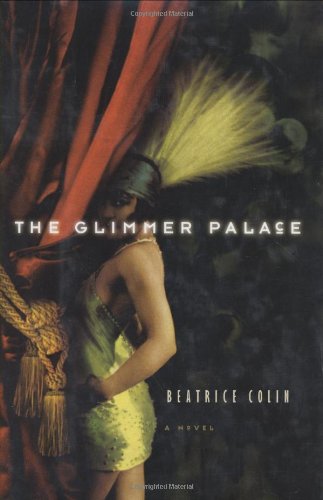 Born in Germany on December 31, 1899, Lilly Aphrodite is orphaned almost immediately: her lonely and tragic struggle for connection and survival drives Colin’s haunting debut and offers an intriguing look at the early 20th-century German film industry. Soon after the orphanage where Lilly spends her early years closes, she goes to Berlin to live with Hanne, an independent and fearless teenage girl who works in a bar and subsists on men’s handouts. As life in WWI Germany becomes increasingly bleak, Lilly must cope with Hanne’s sudden departures, find work, fend off troublesome men and unwelcome women, and make love (when she finds it) last when each day more soldiers are sent off to war. The out-of-nowhere growth of the German silent film business is charted along with Lilly’s progress as a budding star, but she’s drawn more to Russian exile Ilya Yurasov, who directs her, than to her increasing fame. With the rise of the Nazi Party comes a drain of cultural talent, and Lilly (now Lidi), must choose among several paths open to her. This grim and sorrowful novel will captivate readers as it recreates Germany’s cinematic revolution and the country’s subsequent tragic course through history.