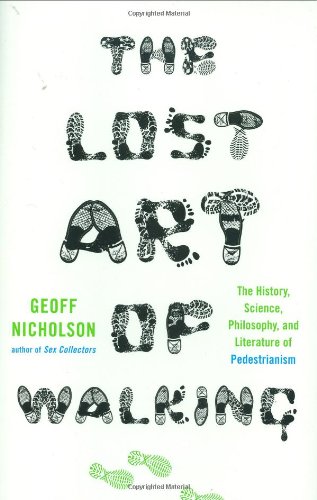 The Lost Art of Walking: The History, Science, Philosophy, and Literature of Pedestrianism

“Setting foot in a street makes it yours in a way that driving down it never does,” says Nicholson ( ), and mundane though walking may be, Nicholson tells us in this leisurely, charmingly obsessive literary stroll, pedestrianism is not without drama, from pratfalls like the one in which he broke his arm on an innocuous Hollywood Hills street to getting lost in the desert of western Australia. Walks, he reminds us, have inspired writers from Thoreau and Emerson to Dickens and Joyce, as well as musicians from Fats Domino to Aerosmith. Nicholson guides readers from the streets of L.A.—where walkers are invariably regarded with suspicion—to New York City and London. He considers the history of “eccentric” walkers like the “competitive pedestrian” Capt. Robert Barclay Allardice, whose early 19th-century walking feats gave him the reputation of a show-off. From street photographers to “perfect” walks—the first at the Poles, the first on the moon—and walks that never happened, Nicholson's genial exploration of this “most ordinary, ubiquitous activity” is lively and entertaining.