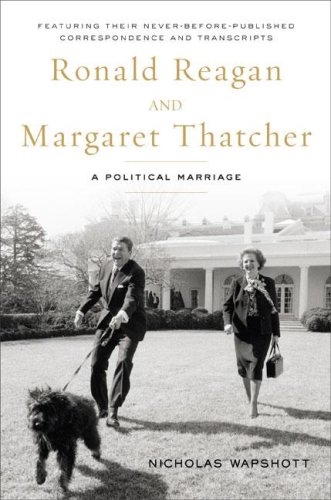 White House press secretary James Brady once declared “[i]t took a crowbar” to separate President Reagan and Prime Minister Thatcher. Biographer Wapshott ( ) assesses the nature of that sometimes testy but always close freindship. As Reagan put it, they were “soul mates when it came to reducing government and expanding economic freedom.” Not content with biography, Wapshott also provides a political history of the post-WWII period and the 1980s. Elected under similar circumstances, the two faced many of the same trials: assassination attempts, striking workers and tensions with the Soviet Union. Wapshott's attention to Reagan and Thatcher's compatibility sometimes comes at the expense of a deeper analysis of the ideas that united them. On their economic conservatism, Wapshott is insightful and exhaustive; on the ideas driving their foreign policy, he is less thorough, and more detailed comparison of Thatcher's cold Methodism and Reagan's sense of God's purpose after his attempted assassination would have been welcome. Throughout, Wapshott favors the nitty-gritty, painting a portrait of the friendship that shaped the 1980s and the alliance that won the Cold War.