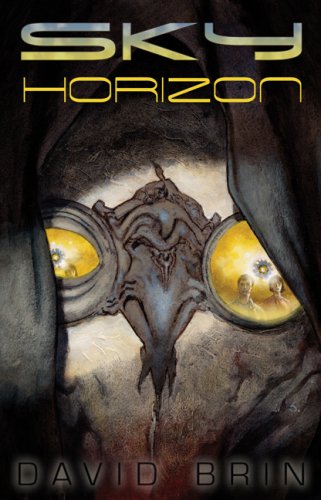 ugo- and Nebula-winner Brin paves the way for his new YA series Colony High (co-written with Jeff Carlson) with a somewhat clumsy story of teen adventure. Except for the nearby air base and top secret Cirocco Labs, Twenty-Nine Palms High isn't much different from most high schools—until the Math Club geeks make first contact with a stranded alien. Teenage military brat Mark “Bam” Bamford and his friends rescue the E.T., Na-bistaka, from an ugly life as a sideshow and turn it over to Cirocco, but it turns out that Na-bistaka's race, the Garubis, are far from grateful. They repay humanity in a backwards and insulting fashion, leaving the Twenty-Nine Palms students struggling to survive the new dangers that confront them. While it's not much of a stand-alone story, this wispy tale does successfully outline Colony High characters and backstory. Brin completists will be willing to pony up despite the slimness of the volume; others should wait for the first real novel in the series.