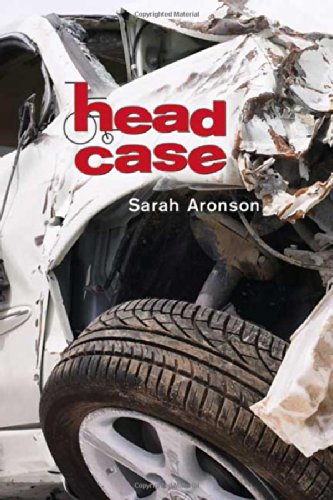 Former physical therapist Aronson adroitly tackles grim subject matter in this first novel about guilt, punishment and regret narrated by a newly quadriplegic teen. After drinking five beers at a party and getting behind the wheel, Frank is responsible for the accident that killed his girlfriend as well as an older man and that has left him a “head,” unable to move or feel any part of his body below the neck. Now, completely dependent on his sometimes resentful mother, all he can do is think about what he is missing, how the accident could have been prevented and how much the community hates him (he reads the angry, anonymous comments on a dedicated Web site). The author convincingly and wrenchingly depicts Frank's state of mind as well as his daily struggles, ranging from his frustrations with his mother's clumsy attempts to feed him to his fears of falling when his parents lift him to bed. His existence at times seems almost unbearably dismal, but salvation comes in the form of a physical therapist who encourages him to speak at his high school, at which time he is finally able to voice his emotions and opinions and perhaps also do some good. After the grittiness of Frank's struggles, the success of the speech and a subsequent act of unexpected kindness seem quick and convenient, but close an otherwise dark novel with a glimmer of light. Ages 12-up.