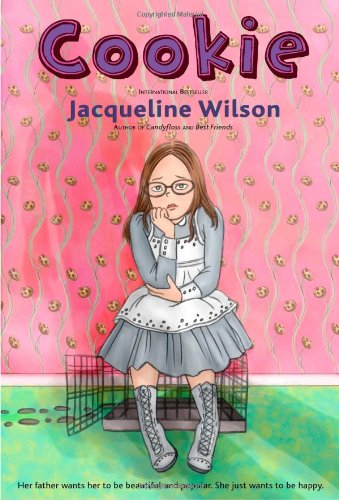 Popular British author Wilson’s latest may be a tough sell—a novel that looks cheery, with Sharratt’s trademark cartoonish illustrations, but contains much darkness. The unfortunately named Beauty Cookson lives with her abusive, obnoxious, financially successful father, Gerry, and her saintly mother, Dilly, his third wife. Both mother and daughter live in fear of setting off Dad, who turns his volcanic temper on them at the slightest provocation. Beauty, a talented student with plain looks, is also unmercifully teased at school. The villains are without nuance—Dad has not a single redeeming quality beyond his income (he abhors art and homemade cookies). Beauty’s fear is palpable and sad, but her method of comforting herself by having imaginary conversations with a TV show host (think Blue’s Clues with a rabbit) may make her seem delusional. After nearly 200 pages of verbally terrorizing his wife and daughter, Dad does something so horrible that Mom finally flees with Beauty. The happily-ever-after ending seems pat given the gritty stuff that’s gone before, but if Wilson’s aim was to write a novel that makes a powerful argument for divorce, she’s succeeded. Ages 9–12.