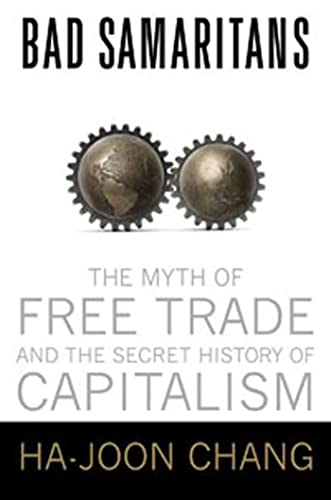 Bad Samaritans: The Myth of Free Trade and the Secret History of Capitalism

In the 1950s, South Korea was one of the poorest countries in the world, suffering the aftereffects of decades of brutal Japanese colonialism and war with its northern counterpart. During his childhood, Chang ( ), a respected economist at the University of Cambridge, witnessed the beginnings of Korea’s postwar economic miracle as Gen. Park Chung-Hee’s dictatorship (despite its corrupt machinations) set the economic groundwork that would lift Korea out of poverty. Though Korea’s strategies are “heretical” to first world, free-market economists, Chang argues that the world’s wealthiest nations historically relied on the same heavy-handed protectionist approaches in their quests for economic hegemony. These wealthy, first world economies, which “preach free market and free trade to the poor countries in order to capture larger shares of the latter’s markets and to pre-empt the emergence of possible competitors” are Chang’s “bad Samaritans.” Chang builds his outsider stance through a history of capitalism and globalization and stories of other struggling countries’ economic transformations. The resulting polemic about the shortcomings of neoliberal economic theory’s belief in unlimited free-market competition and its effect on the developing world is provocative and may hold the key to similar miracles for some of the world’s most troubled economies.