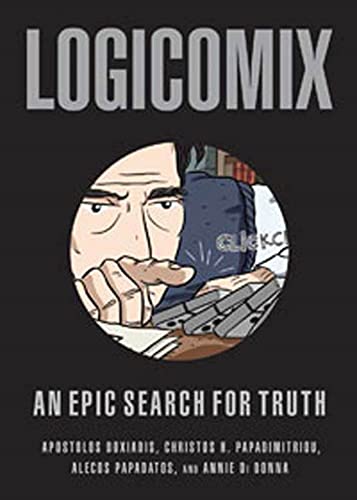 Logicomix: An Epic Search for Truth

An ambitious full-color exploration of the life and ideas of philosopher and mathematician Bertrand Russell, the book meticulously interconnects Russell’s life, the timelessness of his ideas and the process of creating the book. While a comic about the “quest for the foundations of mathematics” may seem arduous, it is engrossing on many levels; the story moves, despite heavy philosophical and technical information, as the images, dialogue and narration play off each other. Russell’s story is framed within a speech he gave on the brink of America’s entry into WWII, in which he expounds his life and philosophical journey. Russell’s story is also framed by the creators working in Greece, as they discuss and mold his life into a narrative structure. One of the most prominent themes is the conflict and symbiosis between “madness and logic.” The fear of madness haunts Russell because of childhood trauma, as he neurotically pushes himself toward what he conceives of as its opposite, a system for certainty. Inventive, with both subtle and overt narrative techniques, the comic form organizes the complex ideas into a simpler system, combining to form a smart and engaging journey through the ambiguity of truth.