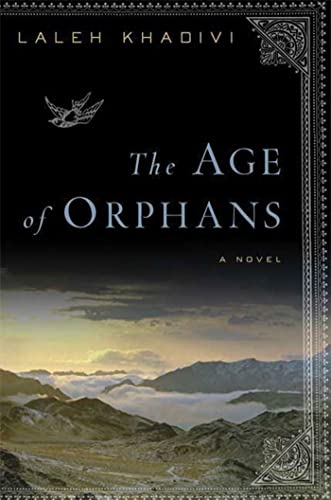 The Age of Orphans

Ironic, beautifully written, brutal and ugly, Khadivi's ambitious debut novel follows a Kurdish boy who is tragically and violently conscripted into the shah's army after his own people are slaughtered in battle. Assigned the name Reza Pejman Khourdi—Reza after the first shah of Iran, Pejman meaning heartbroken and Khourdi to denote he's an ethnic Kurd—the boy suppresses all things Kurdish within him, fueled by a sense of self-preservation and self-loathing. Channeling fear and hate into brutal acts against the Kurds, Reza makes a quick climb up the military career ladder, eventually gaining an appointment to Kermanshah, a Kurdish region in the north of Iran. There, as overseer of his own people, Reza promotes Kurdish assimilation and the budding nation of Iran while mercilessly silencing voices of Kurdish independence. As he grows old with his Iranian wife, Meena, Reza's internal conflicts simmer, then boil over, with unexpected and terrible results. This difficult but powerful novel, the first of a trilogy, introduces a writer with a strong, unflinching voice and a penetrating vision.