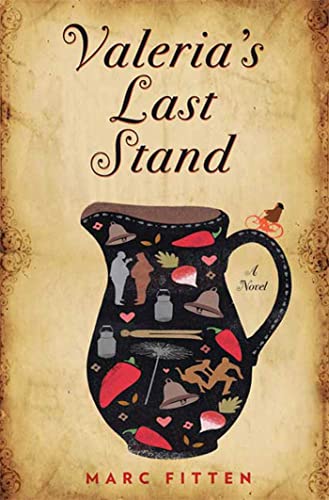 Life in an isolated Hungarian village is turned upside down by an unusual love affair in Fitten’s promising debut. In the small hamlet of Zivatar, 68-year-old Valeria is known by all as a cantankerous woman, quick to criticize everything from the produce at the market to the mayor’s lofty ambitions to lure foreign investors to the town. But a chance encounter one day with the elderly local potter—a man Valeria has known for years but never noticed—changes everything. The widower potter falls just as hard for Valeria, despite his relationship with Ibolya, the owner of the village’s only tavern. Unaccustomed to being smitten, Valeria tries to maintain her normal routine, but the village is in an uproar over this unlikely love triangle. The arrival of a traveling chimney sweep intent on bilking the townspeople sends another ripple through what was once a placid village. Fitten is not always successful in balancing character development with the larger themes of power and progress, but the irascible Valeria makes such a unique heroine that readers may be willing to overlook the story’s less fluid elements.