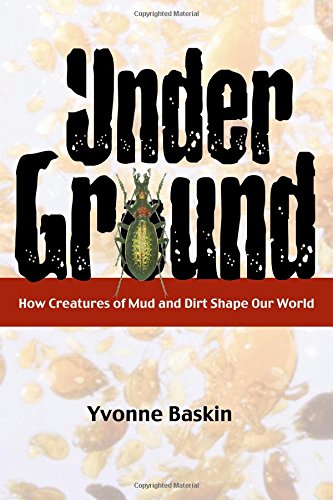 Under Ground: How Creatures of Mud and Dirt Shape Our World

Nematodes, slime molds and fungi are unexpectedly fascinating in this enjoyable tour of a new ecological frontier: life underground. Discovery of this below-ground ecology has forced a rethinking of how ecosystems work. Baskin ( ) leads with a trip to Antarctica, where nematodes stretch out a seven-month life span to decades by drying out during hard times: as one scientist says, "the time scales of the ecology and the geology become almost the same." Other excursions include the English coast, where the clams, shrimp and worms of the sea floor may be critically important to fish stocks, and western Canada, where clear-cutting can shock the underground creatures so badly that nothing will grow above ground until new soil flora, fauna and fungi are brought in from healthier regions. Baskin explores nuance and paradox: for instance, earthworms are beneficial in worked-out agricultural land but harmful in forests. The enthusiasm of scientists for their microfauna is infectious (" is king, he's just lovely," says Diana Wall of a one-millimeter nematode). Enjoyable, well researched and well documented, this book will provide both armchair ecologists and professionals an eye-opening look at the deep complexity of our ecosystems. B&w illus.