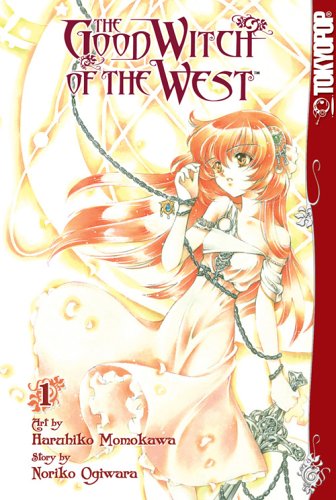 The Good Witch of the West

A beautiful princess falls in love with an unsuitable man and both are quickly sent to exile. Twenty years later young Firiel Dee attends the count's ball and suddenly finds herself swept up in the events of the past. A mysterious pendant reveals Firiel Dee to be a rightful queen-in-waiting, the daughter of the exiled Princess Edilene. With only her father's apprentice Rune to guide her, Firiel must quickly make sense of her newly found birthright and fend off foes who seek to silence her as they did her mother. A determined young woman, Firiel learns to deal with loss and loneliness as she struggles to protect those close to her in this stunning first issue. Ogiwara crafts this intricate fantasy with a complex, believable cast of characters. Momokawa's artwork is perfectly suited for the story; whimsical and delicate, with softly flowing lines. This rich and vivid fairy tale will entice children of all ages with its familiar but well-told tale.