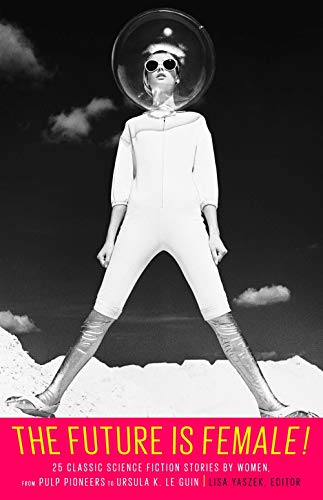 These 25 distinguished short SF stories from the 1920s to the 1960s evince the important early contributions made to the genre by women authors, who were intrigued by its openness to hitherto unexplored experiences. According to editor Yaszek, women made three major literary contributions to pulp and space-age SF: depth and complexity of emotion, revised gender roles, and sympathetic treatment of alien characters. A concentration on character development appears in Clare Winger Harris’s “The Miracle of the Lily” (1928), a thoughtful depiction of a human-alien encounter, and continues throughout the collection, notably in Zenna Henderson’s touching and perceptive “Ararat” (1952), which explores “intuition and empathy.” Men and women are often shown in reversed stereotypical roles, as in Doris Pitkin Buck’s stinging “Birth of a Gardener” (1961), presaging later feminist work portraying the damage stereotypes can cause to both sexes. Valuable short biographical sketches of the authors, some household names and others no longer familiar (including some who wrote under masculine pseudonyms), round out this educational, enjoyable, and significant retrospective of science fiction’s foremothers. (Oct.)