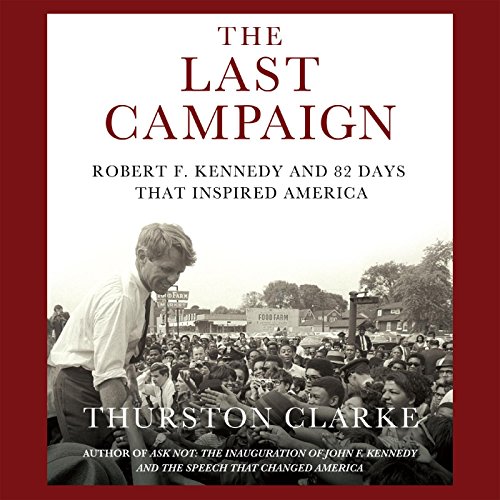 Forty years before Obamamania, there was another White House run that was so frenzied, reporters feared they'd be crushed to death by the electrified crowds he generated. Clarke's encyclopedic study of that short-lived, 11th-hour bid in the spring of 1968 reminds listeners that Robert F. Kennedy understood that the fanaticism toward his campaign was a transmutation of the grief the nation felt over the assassination of his brother. In less than three months, RFK became presidential in his own right, inspiring Americans with both his message of hope and unparalleled oratory gifts. It's precisely this finesse with speech that proves the greatest challenge for this audio: Pete Larkin's reading of Kennedy's addresses simply can't compete with the late politician's familiar delivery. Larkin has the daunting task of calibrating his tone so as to match the optimism of the campaign's first 81 days, while acknowledging the horror of day 82. Without doing impersonations, Larkin uses slight pitch changes to differentiate between Kennedy and others.