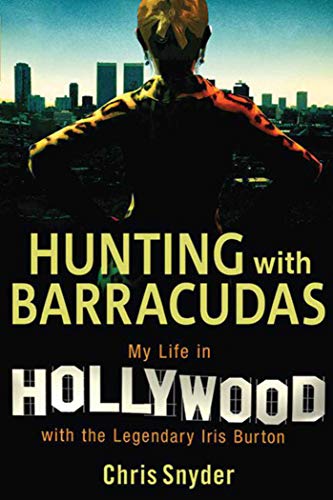 Hunting with Barracudas: My Life with the Legendary Iris Burton

Iris Burton for years ran one of L.A.'s most aggressive talent agencies and maintained the town's biggest roster of child stars, helping to launch the careers of Drew Barrymore, Henry Thomas, the Olsens, River and Joaquin Phoenix, Tori Spelling, Kirsten Dunst, Fred Savage, Corey Feldman, Hilary Duff and more. In this vivid memoir, Snyder, Burton's executive assistant, tells his own story as he probes the lifestyles of actors, agents and producers, depicting a high-octane Hollywood with a desperate dark side that viewers of HBO's will find intriguing. Beginning with Burton's funeral in 2008, he intercuts flashbacks, recalling the day he was hired and began working for the woman who “had been the first agent to negotiate million-dollar deals for her underage clients.” In the 1950s, Burton was on screen as a Paramount contract player, but life as a single mom led her to work as a saleswoman and a Playboy Club waitress, followed by a talent agency job. Developing clients and her reputation, she opened her own agency one year later. In spite of her tantrums and tirades, Burton had much empathy for her clients, and the heart of this book is a moving recreation of Burton and Snyder's final days with River Phoenix. Snyder has succeeded in capturing the humor and spirit of the woman who called herself “the legendary Iris Burton.”