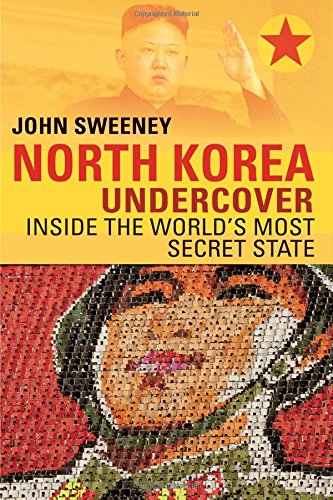 North Korea Undercover: Inside the World’s Most Secret State

In 2013, BBC reporter Sweeney traveled to North Korea, posing as a university professor on an eight-day tour with a group from the London School of Economics. Drawing on surreptitiously captured footage, the official tour video, firsthand experiences, and interviews, he constructed a documentary for BBC Panorama. In this enlightening, often irreverent companion volume, he goes into further detail about his time in the isolated country and how it evolved into its current state. He begins by comparing the country to “a detective story where you stumble across a corpse in the library, a smoking gun beside it, and the corpse gets up and says that’s no gun and it isn’t smoking and this isn’t a library.” This analogy serves as an apt introduction to North Korea’s bizarre contradictions, and particularly its seemingly brainwashed population. The book is an outsider’s rare look into a mysterious and terrifying place ruled and ruined by three generations of tyrants, a land experiencing a “living death.” One of Sweeney’s primary contentions is that “Kim Jong Un’s talk of nuclear war is a confidence trick... blinding us to a human rights tragedy on an immense scale.” This account is shocking and unsettling, but also darkly entertaining. Agent: Humfrey Hunter, Hunter Profiles. (July)
close
Details