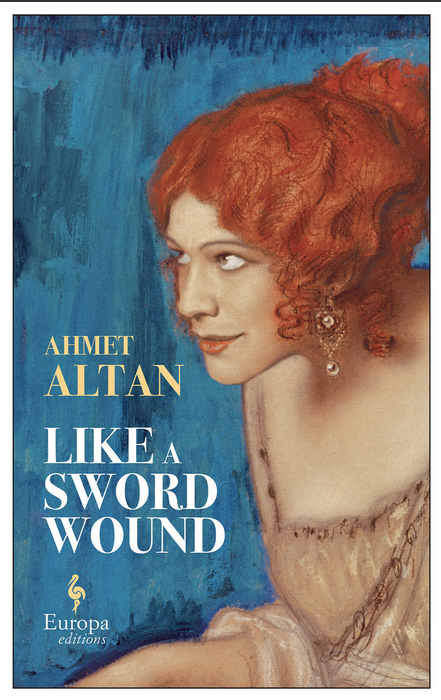 This vibrant, psychologically acute novel—the first of a planned quartet by the Turkish author Altan (Endgame), currently in prison on specious charges of aiding the 2016 coup against President Erdogan—depicts a moribund Ottoman Empire at the turn of the 20th century. In modern-day Turkey, Osman wallows in his fetid apartment, visited by the garrulous spirits of his ancestors and their contemporaries, who “speak freely under the broad, dark wings of death.” The ghosts reanimate the political, spiritual, and social life of a bygone Istanbul, a city “that has baffled everyone for a thousand years.” Personal betrayals play out amid world historical dramas; the titular “wound” refers to the torment of love, which, like the Ottoman sultan himself, exerts an unchecked absolute power. A renowned sheik, Yusuf Efendi, presides over his monastery of dervishes but can’t shake his lustful obsession over his ex-wife, Mehpare Hanı m, whose equally besotted new husband is the cosmopolitan son of the sultan’s physician. The spiritual leader aids a wayward young officer, Ragib Bey, who, disenchanted with the Ottoman army’s cronyism and an empire “governed by gossip,” is drawn into a growing conspiracy against the paranoid sultan. This is an engrossing novel of obsessive love and oppressive tyranny, a tale of collapse that dramatizes the fateful moments of an empire and its subjects. [em](Oct.) [/em]
close
Details