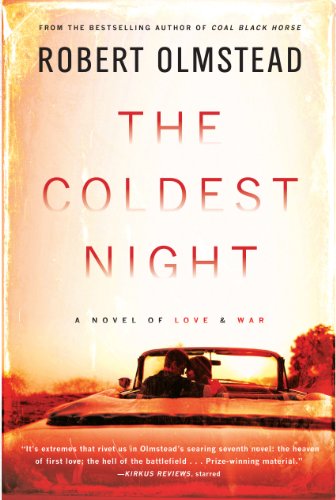 Olmstead’s (Far Bright Star) elegiac, gritty coming-of-age novel is presented in three dramatic sections: Part I finds 17-year-old Henry Childs living with his mother, a nurse, in Appalachia, W.Va., during the spring of 1950. His father largely absent, Henry excels at baseball and grooms horses. He falls in love with the fanciful Mercy, the older daughter of a dictatorial judge, and the two elope to New Orleans, where he works as a janitor until Mercy’s vindictive brother arrives to take her back. Part II begins with the heartbroken Henry enlisting as a Marine “hunter,” armed with the fierce Browning Automatic, and dispatched to Korea, where he participates in the savage and decisive Chosin Reservoir campaign in frozen northeastern Korea. Snippets of male banter help to leaven the hellish brutality endured by Henry and fellow sniper pal Lew, a veteran of WWII. One year later, Part III opens with the shell-shocked Henry, only a bit older but significantly transformed, returning home to W. Va. up the Kanawha River, where the pain of his mounting personal losses threatens to overwhelm his sanity. Despite the narrative’s darkening vision (“The Lord is a man of war,” says Henry), enough redemption rescues Olmstead’s powerful, desolate, and well-crafted novel from becoming oppressively bleak. (Apr.)
close
Details