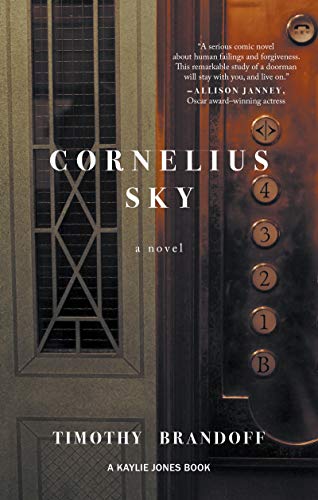 Brandoff’s memorable debut follows the unraveling of Connie Sky, a doorman at a posh apartment building on Manhattan’s Fifth Avenue. The year is 1974, and Connie, who drinks too much, befriends a 13-year-old tenant, John, the son of a widowed former First Lady, with whom he plays games and gets high. At home, his wife, Maureen, has decided she and the kids can no longer live with him and throws him out. He moves into a rooming house, where he comes to know David, an alcoholic and unemployed actor, and Susan, a proofreader with a subversive past. At work, Connie is given a one-day suspension for hitting a paparazzo trying to take a picture of John. But when John is presented as the victim of a Central Park mugging on the news, Connie wrongheadedly tries to set the record straight with a drunken TV interview, thus precipitating his ultimate downfall. Though the story rambles, the author impresses as a master of street-smart dialogue in the tradition of George V. Higgins. Connie’s world is made up of lost souls, all lucidly etched, and Brandoff recreates a vanished New York of Alexander’s, Blarney Stones, and Roger Grimsby and Bill Beutel on the local TV news. In the end, Brandoff makes Connie’s path to understanding himself feel well-earned. This is a dramatically satisfying and emotional resonant novel. (Aug.)
close
Details