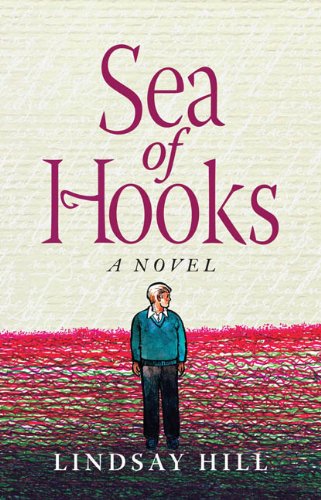 This first novel by poet and one-time banker Hill is less a novel, in the traditional sense, than a spiritual biography. Christopher Westall, raised in San Francisco in the 1950s and heady ’60s, is the only child of an alcoholic and distant father and an eccentric, meddling mother. The boy is alarmingly fragile and sensitive, and possessed by a soaring imagination and a slew of fascinating theories about sound, ice, “knife people” under his bed, and, most significantly, a world from which “messengers” communicate with him via random detritus he picks up in the street—slips of paper, foil from cigarette packs, etc. These he orders into a fantasy world. Repeated sexual abuse by a tutor makes escapism even more urgent for the 12-year-old, as do subsequent tragedies: his mother’s suicide in his bed; his father’s career misfortunes and early death. Not until Christopher is befriended by an older man named Dr. Thorn does a kind of mentoring occur; indeed, Dr. Thorn’s counsel—and final messages—delivers Christopher to a form of peace, achieved through the practice of Buddhism and a pilgrimage to Bhutan when the latter is an adult. But it is Hill’s language that dominates this story, which is told in fractured bits, not unlike the messengers. Christopher’s mediations on death, memory, the relations of bones to the self, not to mention rain and snow and fog and the cosmos, are mystical, highly poetic and musically rendered—an almost impossibly sustained performance from beginning to end. Nearly every paragraph astonishes, every moment rich with magic and daring. Reminiscent of Robert Pirsig and Herman Hesse in its concern with authenticity, Sea of Hooks also has the unbearable anguish of Kafka’s diaries—making for an unforgettable trip. (Nov.)
close
Details