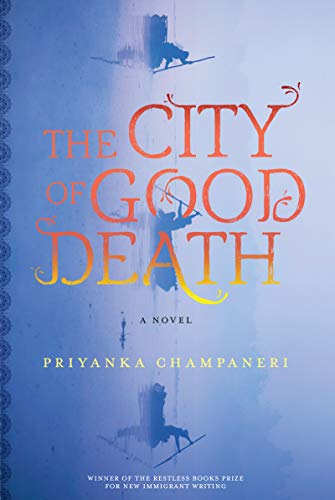 The City of Good Death

In Champaneri’s ambitious, vivid debut, the dying come to the holy city of Kashi to die a good death that frees them from the burden of reincarnation. Pramesh Prasad has managed Shankarbhavan, a hostel in the city, for almost 10 years. When the body of his cousin, Sagar, is found in the Ganges, Pramesh is forced to confront the past he left behind when he ran away from his village to pursue an education and turned his back on Sagar, with whom he’d been inseparable. In Kashi, he married Shobha, daughter of the hostel’s previous manager, who’s dismayed with the presence of Sagar’s ghost, which threatens Shankarbhavan’s reputation by causing residents to resist their deaths. Shobha encourages Pramesh to return with her to his village to meet with Sagar’s widow, Kamna, believing that the two women can solve the problem if they talk to each other. In sharp prose, Champaneri explores the power of stories—those the characters tell themselves, those told about them, and those they believe—such as an ingrained narrative of Kamna as a “shameless woman” in Pramesh’s village, which Shobha, mindful of women’s oppression in their society, gradually chips away at. This epic, magical story of death teems with life. Agent: Leigh Feldman, Leigh Feldman Literary. (Feb.)

Correction: A previous version of this review misstated the character Pramesh's reason for leaving his childhood village, as well as the character Shobha's response to the presence of the ghost. It also incorrectly described the hostel's residents as being terminally ill, and misspelled the names of the characters Sagar and Shobha.