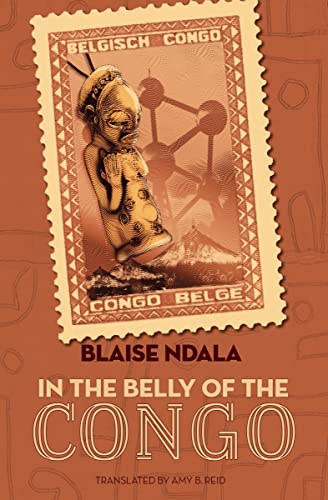 In the Belly of the Congo

In Ndala’s stimulating if mannered English-language debut, an 18-year-old Congolese princess falls in love with an older Belgian colonial administrator in 1958. Tshala Nyota Moelo’s hand has already been promised to another, and to escape the ire of her father, King Kena Kwete III, for following her heart, her lover René Comhaire, 32, sends her to safety in Leopoldville, Belgian Congo’s capital. However, Tshala is raped by an art collector who then sends her against her will to Europe, for the infamous “human zoo” at Belgium’s Expo 58, where a Congolese village has been set up to display native people. The spirited Tshala, however, refuses to be a spectacle, and she leads a mutiny that ends in tragedy. Ndala then jumps ahead 45 years, with Tshala’s family still wondering what happened to her. Her niece, also named Tshala Nyota Moelo, meets Francis Dumont, the son of an Expo 58 sub commissioner in Brussels, and the two visit the former king on his deathbed in the Congo, where Dumont reveals the truth of what happened to the princess. Though the narration is occasionally prosaic and the dialogue a bit too rhapsodic, Ndala digs deep into themes of love, colonialism, and fate. Despite a few bumps, it should interest fans of postcolonial African lit. (Feb.)
close
Details