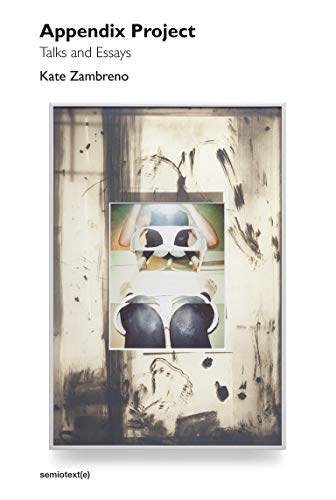 Presented as a series of appendices to novelist and memoirist Zambreno’s previous work, Book of Mutter, this collection of 11 talks and essays reveals her anew as a master of the experimental lyric essay. In an allusive, fluid style worthy of Susan Sontag or Virginia Woolf, Zambreno roves wildly over what seem disparate reference points, but never fails to center the essays around approachable themes—most prominently, her mother’s death, also the subject of Book of Mutter. In one entry, Zambreno blends critical theory, philosophy, and memoir, moving from analyses of paintings by On Kawara, to musings on how Roland Barthes captures the “looping character of mourning, as it attempts and fails to be rendered into language,” and on to experiences of new motherhood. In another piece initially devoted to her thoughts on turning 40, Zambreno ends by considering how to preserve one’s privacy even in personal writing, reflecting on why she omitted a revealing anecdote about her mother from Book of Mutter, but considered including a section about Marilyn Monroe’s death. For some, her book may seem esoteric and overly diffuse. But for most, the calm inquiry, wise voice, and poignant urgency behind every sentence will coalesce into a deeply reflective meditation on art, loss, and how “time makes the intensity of mourning pass—and yet, nothing is soothed.” (Apr.)
close
Details