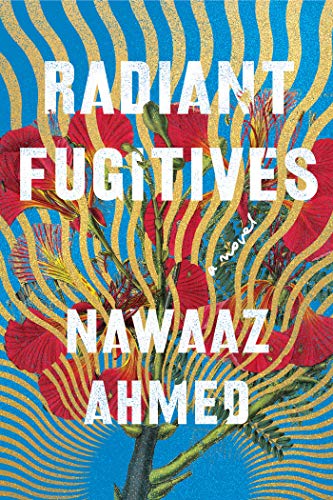 This dazzling, heartrending debut follows two Indian sisters and their mother as they work to patch up fractures in their family. In 2010, pregnant Seema Hussein, 40, hosts her terminally ill mother, Nafeesa, from Chennai, and her devoutly Muslim doctor sister, Tahera, from Irvine, Tex. Seema’s father disowned her when she came out as a lesbian, and the visit is a tentative step to mend fences as she frets about the birth and how involved in mothering she wants her younger Chinese American lover to be. The narration, artfully and convincingly handled from the point of view of Seema’s son, Ishraaq, moves backward to 2003, when Seema meets 34-year-old Bill Miles, a Black lawyer, at an anti-war protest and is disarmed by his “princely masculine courting.” They marry, and Seema throws herself into work for political campaigns. Then, while going through a divorce with Bill, Seema discovers she is pregnant. Back in the present, Nafeesa plans an elaborate meal for Seema’s friends, while Tahera learns troubling details of anti-Muslim activity back home and struggles to reconcile her religious views with her role as a sister. Ahmed brilliantly maps the tension between the three women with emotional acuity, and as Seema’s pregnancy unfolds, Ahmed slowly builds to a showdown, culminating in a shattering and unforgettable conclusion. This is a gem. Agent: Anjali Singh, Pande Literary. (Aug.)
close
Details