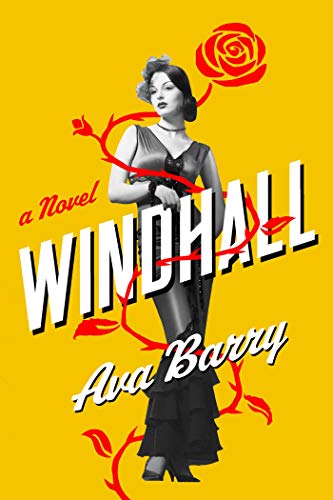 The scandalous 1948 murder of 26-year-old actor Eleanor Hayes at Windhall, the home of legendary film director Theodore Langley, propels Barry’s corker of a debut. At the time, Langley was charged with Hayes’s murder. He disappeared after being acquitted of the crime, which remains unsolved. In the present, investigative journalist Max Hailey, who writes for the Los Angeles Lens, reopens the case to discover who really killed Hayes and also to uncover Langley’s whereabouts, if he’s still alive. Time and again the obsessive Hailey breaks into now abandoned Windhall in search of evidence that reinforces his suspicions. Missing journals belonging to Langley he uncovers reveal much about Hayes and her part in the director’s final, long-lost film, Last Train to Avalon. After two copycat murders take place at Windhall, Hailey’s editor at the Lens wants to kill his Windhall story, thinking it folly, though sightings of an elderly Langley in Hollywood keep Hailey on the man’s trail. The discovery of Last Train to Avalon leads to a shocking denouement. Vibrant characters match the intricate plot. This thrilling mystery is essential reading for fans of Hollywood’s golden age. Agent: Annie Bomke, Annie Bomke Literary. (Mar.)

Correction: An earlier version of this referred to the character Theodore Langley with an incorrect surname.