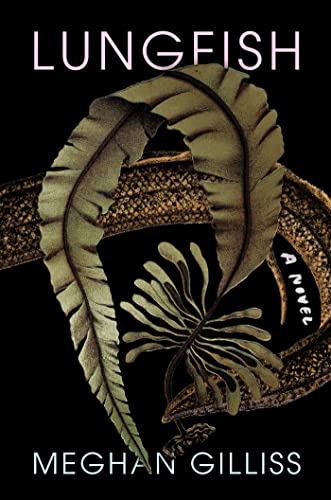 Gilliss debuts with a pungent and riveting story set on a tiny, isolated Maine island. After Tuck’s grandmother dies, the family’s island house is left to her father, but he’s been missing ever since Tuck was in high school. Tuck’s family desperately needs a change from their “strange, failed home” in Pittsburgh, so she surreptitiously moves to the island with her husband, Paul, and her young daughter, Agnes. Once they arrive, Paul, who is addicted to kratom, an opioid herbal extract, goes through an excruciating detox. When he’s mobile, money disappears; when he isn’t, there isn’t enough food or gas, and the mainland is only accessible by boat. In memorable sequences, Tuck and Agnes forage for sustenance, stretching their diets over the summer to accommodate little more than seaweed and mussels (when Tuck throws a starfish back in the water, Agnes screams in hunger). Tuck also makes a bit of money by designing and printing comical bumper stickers, which she sells on the mainland. As she puts off telling the pesky executor about her father’s long-ago disappearance, she wonders if the family could make a go of it through the winter. Gilliss shines with a lyrical style and bold, fragmented structure, as Tuck’s frequent meditations on lungfish, which can go without food for three years and survive in “the hardest place, the intertidal zone,” contrast with her own predicament. Indeed, Tuck’s resilience makes her an indelible creation. Out of a tangible sense of desperation, Gilliss produces a triumph. (Sept.)

Correction: Due to a production error, this review originally published without its star.