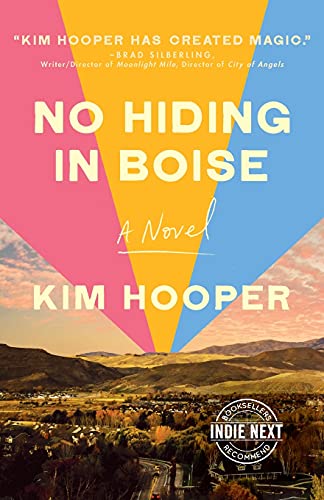 No Hiding in Boise

Hooper’s provocative fifth novel (after All the Acorns on the Forest Floor) explores the aftermath of a shooting in Boise, Idaho. Jed Ketcher shows up at Ray’s Bar late one night and kills five people and injures two before turning the gun on himself. The next day, Angie wakes up to an early morning phone call to learn that her husband, Cale, is in a coma after being shot in the head; and Joyce, who fell asleep wondering why her son Jed hasn’t come home, is awakened by detectives who inform her that Jed is dead and the suspected shooter at Ray’s. In the aftermath, Tessa, who was tending bar the night of the shooting, suffers from PTSD and reaches out to Joyce, and the two bond over coffee dates. Then, Angie, who has no idea why her husband was at a bar in the middle of the night, finds a disturbing note on Cale’s phone and begins to suspect he had an obsession with Tessa. Meanwhile, Joyce is devastated by the loss of her only child and contacts victims to apologize for Jed’s actions. Nuanced portraits of those impacted by mass shootings, particularly surviving family members as they process loss and guilt, make this a standout. Hooper’s unflinching, insightful account of the emotional fallout from tragedy is notable for its focus on hope in a time of immense sorrow. (June)