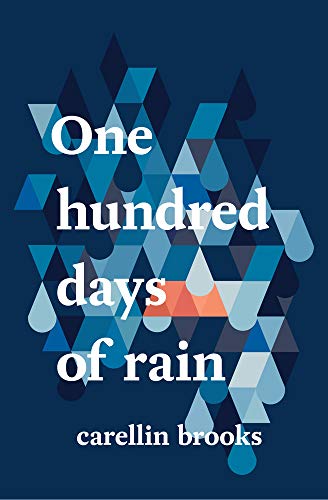 One Hundred Days of Rain

Picture the fraught time span between the clinking of glasses on a romantic getaway weekend celebrating a first anniversary and the mumbled admission, %E2%80%9CWe're not together anymore." Throw in %E2%80%9Cmonstrous wrongs," complications, threats, accusations, police, lawyers, court dates, and battles over furniture. Now douse all those miserable, raging days with the %E2%80%9Ccoldly furious" downpours%E2%80%94from sheets of mist to punitive torrents%E2%80%94for which the Pacific Northwest is notorious. In a delectable, mesmerizing, and poetic debut novel, Brooks (Fresh Hell) traces the dampened routine of an unnamed but deeply contemplative narrator as she moves from one mildewing apartment building to the next once her marriage ends. Across 100 elegant chapters and several wet seasons, she negotiates%E2%80%94with her young son and his father, her new girlfriend, Nurse, an out-of-town lover, S, and most of all with M, her wife. And, always, there's rain, %E2%80%9Cthe very shade of negation," a near-daily fact and a wondrously rich metaphor. Charting bitterness, how the practicals of daily living %E2%80%9Cgrind you down. Unreturned milk bottles, dusty floors, eventual despair. Lack of light," not to mention the inward and outward anger at a colossal failure, the author produces a memorably profound and stylish portrait of love's complications. (Mar.)
close
Details